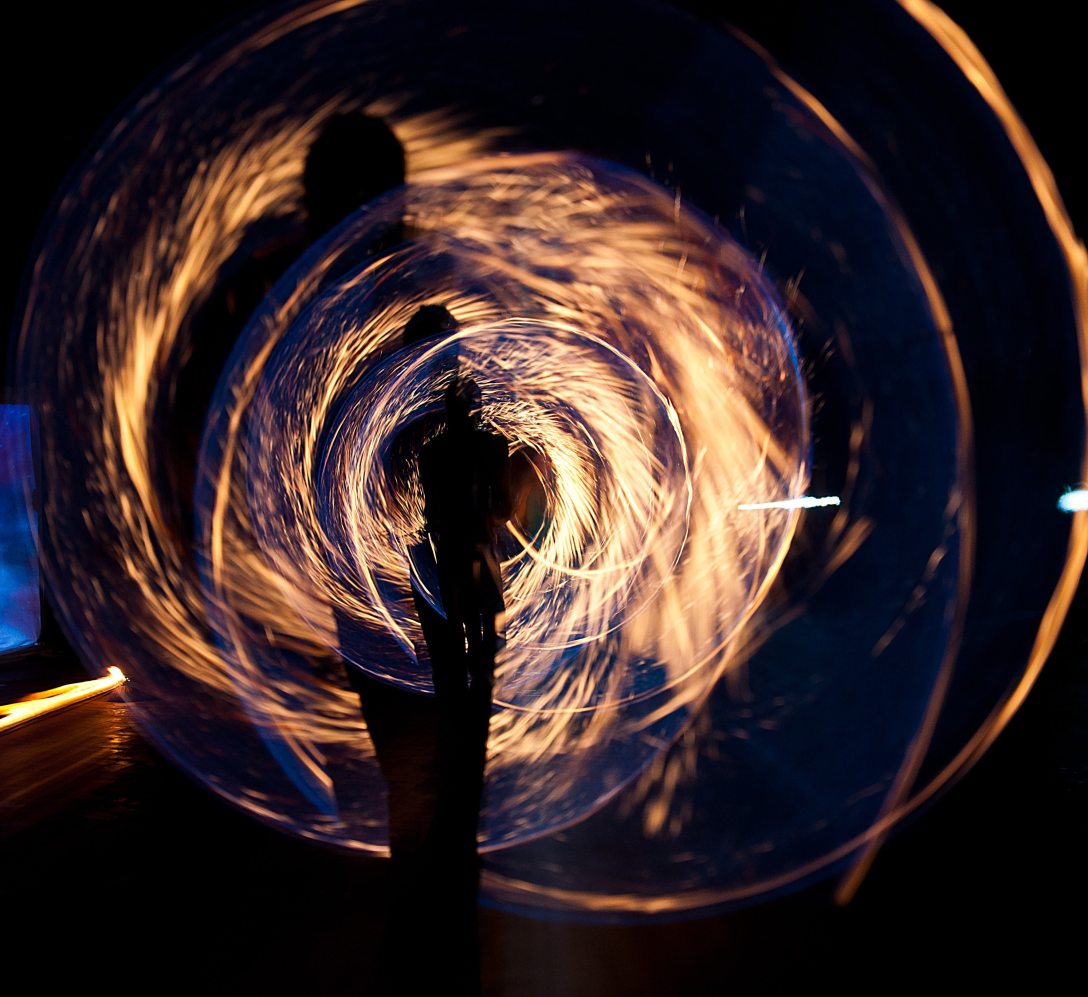 As many of you are aware, I am revealing the story of a man who abducted me and tried to terrify me over something as inconsequential as paperwork. I do not have His permission to write this and I know He would not grant it. If He is capable of abduction over a little paperwork, then I dare not think what will happen if these entries were found. However, I feel the potential dangers are outweighed by the weight of the story, so for now, I have made a number of changes to this entry to protect my anonymity. This may include references to the setting, people, currencies and accents.

“Come on Little Miss, you need a change of scenery.” Andrew said.

If I had learned anything about Andrew, it was that I shouldn’t have let ‘Little Miss’ hang in passive acceptance, but still knotted in the tepid throat of a seizure, my thoughts were blunt and ready for bed. Misleading shards of non-memories and nonsense misfired ubiquitously; the mind re-decorated, plastering half-memories like fractions, a throbbing arsenal of lingering dead-end threads twined amorously in nausea. He was right; I needed a fresh anchor to relocate my thoughts. A blessing was that the conference I was due to attend as minute-maker wasn’t until tomorrow.

“I’ll meet you downstairs, when you are ready—Little Miss.” Andrew said.

‘Little Miss’, the afterthought. It sounds like the name you might give to a prancing white pony with a plaited mane and a bonnet, or a tireless child in need of chastisement whose name you cannot be bothered to remember. At least ‘Little Miss’ was better than the insincerity of ‘please’. I could see us drawing swords over this bleak and subordinating appellation. Again, I saw the serviette crinkles of a true smile, and didn’t know whether it was a result of power play or sincerity. I did not trust myself to speak just yet, so glanced Him a lethargic nod. My seizures are so entirely consuming.

If I knew anything about Andrew, I knew should not have accepted His chosen designation with a light and lethargic nod.

I glanced at the window; an army of beady onyx bulges and orange beaks glared and gossiped in sweet bird-chatter, staring inwards. They always stare inwards.

He shut the door behind him, and one by one they departed, disinterested, and their longing chirrups and finely-tuned whistles evaporated into the chilly winter day. I was not even aware any birds but Robins remained during the bleak back-end of the year. Perhaps I should ask Him about His effect on birdlife, one in a long list of questions when the time comes; and it wouldn’t be the question headlining the list. Andrew certainly is an enigma.

Mid-winter seemed, to me, to be an unusual time to hold a festival. The rows of streets stood frigidly for the impending ice and snow due this weekend—a near miss—the bunting flew in cheerful crowds above the narrow building fronts regardless. Jugglers, toggled in thick fleece, flawlessly tossed their batons, possibly cheerful for employment at this gloomy time of year, and fire breathers glanced a shade of colour to a faceless day. The merry mood was incongruent with the dreary, muted tones of December.

Festivities in artists’ shop stalls, parade floats and fairground games permeated the streets, and the savour of sweet roasted chestnuts hung about the air. There were stalls to catch a duck, fire a rifle, drive a boat, all of which I have never won—‘SHENANIGANS’ I once called, as an excuse for my childish dyspraxia. I veer well away these days—until I collided head-on with an Andrew. On this day, I learned He is a force to be reckoned with when it comes to fairground games.

My interest spawned and flurried with the drift of scents and movement, surging with spontaneity at catch-a-duck stalls or hot chestnut vendors or the tight blue jugglers breathing vortexes of flame. I curiously observed how the resonance of His ‘medical condition’ sang to the melodic topography of His various interests; the air popping or surging or swelling in capricious waves of reverberation. It was like a phone quietly playing tunes in a crowded room—occasionally you catch a note or two and remember which song it is, but Him and I were the only ones consciously aware of it playing.

Andrew paused at a stall, crucified aloft was a line of love-me pink hearts held by lonesome unloved bears. At the front was a sign painted roughly in red paint.

‘Three balls for one paund!’

I had the unbearable urge to point out the spelling mistake. I cannot stand spelling or grammar errors on public signs; inside it summons a feisty little fecker who leaps and jumps with his pitchfork and screams like an untamed goat. I call him Billy, after the goats in the much-loved children’s nursery rhyme, but I do not think it injected him with much charm. Dredging out my imaginary spade, I dug six foot of grey matter, and tossed Billy in, hoping to quiet his dismal tantrum.

“Three balls for the Little Miss,” Andrew said, smiling towards me.

There it was again, that smile enough to dance my draws off, and there again, the appalling nickname. The contradiction of winning smile versus demeaning designation sat less comfortably than haemorrhoids. That made-for-Hollywood smile sends my self-control off kilter—any granules of willpower I might muster, and any recollection of my trusty Confidence Techniques get tossed out of the nearest emergency exit on sight of those pearly white teeth and His angular, sculpted jawline. I should have declined His two-sided, ‘three-balls’ gesture and clawed back a little of the self-esteem ‘Little Miss’ had wrenched from me so far today. I did not. Perhaps a part of me needed to try to appease Him and that to-die-for smile.

There are numerous anecdotes I could spew which would refer to my complete inability to throw, or catch, or in fact appear to have any capacity for coordination (and therefore carnival games!) whatsoever, but I will save you from that torture, or myself, perhaps. Bottom line: my actions are about as deliberate as a double-decker bus dancing a Rumba.

Andrew watched me throw balls repeatedly, and repeatedly they missed, bouncing several feet away from the hoop, one even bouncing back with ridicule, knocking me square in the chest rousing a chuckle from onlookers.

“Another three for the Little Miss!” Andrew called to the bearded stall-keeper. I saw a covert smirk gather in the corner of His lips as He passed them to me. I felt no need to appease this sly little smile; He had already decided He would subordinate me in designations, I would not allow Him to shame me in actions also. I passed the final balls to Him.

He lined up His throw. The air tightened for a second, like the moment when you enter a long tunnel and the air pressure increases. His smirk tightened with concentration; He threw the ball, and it tinkered perfectly on the rim, sitting there like a brooding hen before toppling over sideward.

His chest puffed up, indignant. “Little Miss and I sniff shenanigans!” Andrew shouted over the crowd.

Did He really just say that? I couldn’t believe He had just said that. I wanted to find a She-sized bush and crouch behind it. Despite this, a little silver tainted the clouds that mid-winters day, as it did divert His attentions from my dyspraxia.

He continued speaking, and the bearded stall vendor stood in the background, increasingly beetroot-cheeked.

The man at the stall was a broad fellow, gushing in ginger beard. Huge, would be an apt description.

“Are you accusin’ me o’ cheatin’ fella?” the beard boomed, reverberating the crowd into chatter.

“Prove it fits then,” Andrew continued, “place this 4.5 centimetre ball in the hoop.”

She-sized bush, where are you?

The man didn’t pause, he stormed out of the stall and faced up to Andrew, armed with a hammer grasped in whitened fight-or-flight knuckles. “Look, it’s a game, if you ain’t a good shot, don’t blame me.”

Why had he armed himself with a hammer?

Should I intervene? I was brimming in a soap-sud of quarrels. Take stock of the situation and answer accordingly, I thought, my confidence techniques flying back to me.

My chances of a favourable outcome was minimal. The best action would be to find that She-sized bush and hide in it.

His face was inches from Andrew’s, but Andrew did not flinch. Instead, He even took a deliberate step closer. “I am an excellent shot. I call shenanigans.”

Andrew pointed to the toys crucified aloft, provokingly, “These toys are sun-bleached. When was the last time a prize was won?” He turned to the crowd and raised his voice, “One might wonder if any of these prizes have ever been won.” His words were punctuated by upside-down smiles; the crowd all eyes on the gushing ginger beard, his hammer, and his red-pierced cheeks. He was adrenaline-fuelled and nothing short of enraged enough to wrestle a band of oxen. He raised the hammer above his head and brought it smashing down.