Since my return, I have been swimming in requests to share some of the experiences and photographs of my recent travels—camping through the wilds of Africa.

I took the pictures seen here in a place called Ghanzi, with my oober-doober camera (of which, from the top of my head, I cannot remember the name*). 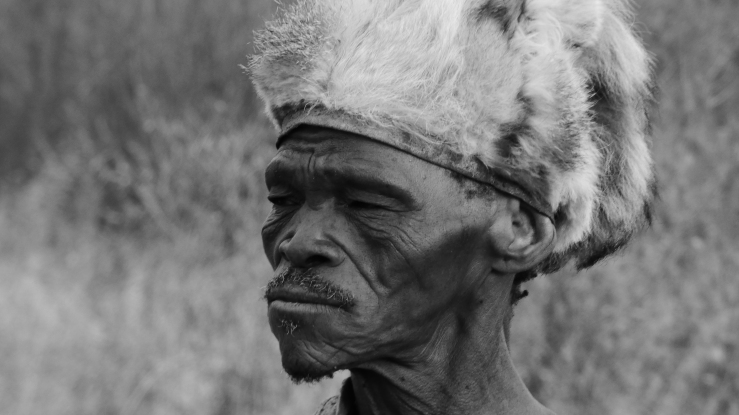 The people you see in the pictures are called the San Bushmen, some of the last of their kind, who still live by the traditional ways—living from the land, wearing animal hide clothing and living in the traditional huts their tribe has always used.

Sadly, they have recently been banned from hunting, which has limited their lifestyle, but they still carry bow and arrows, and still practice the old ways of hunting, should anything ever change.

I stayed with them for a short time on my travels, me in my tent—them in their traditional bush camps, which looked a little like dead grass huts.

The science of language has long been a passion for me, and Africa is a lush rainforest of Linguistics. I felt incredibly fortunate to have heard these natives speak their click language in abundance—and learn a little myself. Admittedly, I scurried back to my tent and transcribed some in IPA for later reference. It is the only language they know, so thankfully, there was a translator ready to interpret roughly what they said. 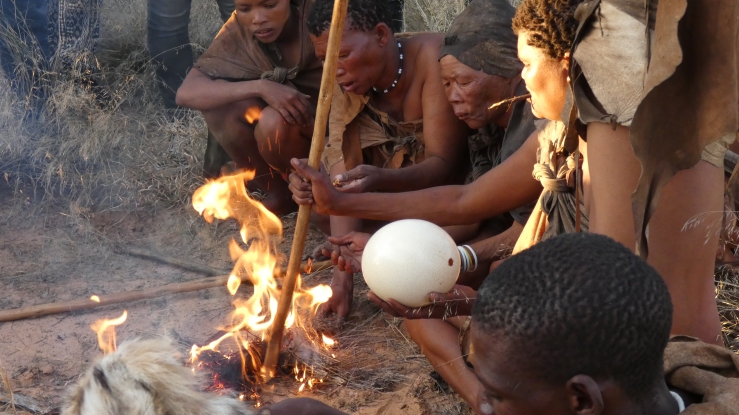 In spending time with them, they taught about their ways of life—making fire, dying their hides and the various roots and vegetation used for medicine and eating. As they spoke no English, they would act out meanings—explaining the herb used to cure diarrhoea was particularly funny!

*If you are interested, leave me a comment, and I can find the name and let you know.